What Do Potpourri Enthusiasts Drink?

Symphony is a black tea by Bayswater Tea Company. The best way to describe this tea is “sitting pretty.” There’s really little about it that jumps up as better than average. The liquid is a dark amber color and the aroma, after the first steep, is sweet and slightly floral. The taste is sweet lemon, pleasant to be sure, but nothing fancy. Almost sleepy. In subsequent steepings, the taste of lemon becomes more pronounced.

One of the Green Defaults

For those of you who know me, I scheduled regular write-ins for National Novel Writing Month at Moscow Bagel & Deli when I lived in Idaho. And on those cold November evenings, I would always order a large cup of tea. And I always chose from the selection a teabag of Organic Tamayokucho Green Tea by the Two Leaves and a Bud Tea Company. Why? It was the only green tea I liked from the selection. And green tea, for me, is a familiar thing. It doesn’t become a distraction in of itself when I’m concentrating on something else. This is one of those times when a diva tea is not wanted.

The tea is almost yellow with an aroma and taste that was very mild. There’s no bitter, astringent, or off tastes. It’s green tea, stripped to the most basic. There’s no wow factor, but I think that’s the whole point of its charm. It’s stoic, supporting, and gets the job done.

Stars in the Tea

It’s like a night sky in a strange dimension.

Bayswater Tea Co. makes another green tea variety called Shooting Star. When I first brewed it, the color was a dark yellow-green, not unusual for a green tea, but there was also a shimmering oil suspended in the liquid, making the tea look like the starry sky at night if you first put it through a Lovecraftian blender. But don’t let the appearance put you off.

The aroma and taste was subtle but suggestive. It’s faintly musky and slightly sweet with a hint of vanilla and a teasing nutty finish. None of this diminished in subsequent steepings. It put me to mind of sitting huddled underneath a sleeping bag from the chilly autumn wind. And gazing upward, waiting for the stars to align…

Last Christmas, my sister gave me several loose leaf tea samplers from the Bayswater Tea Co. And after going through the backlog of teabags that I had accumulated through grad school, I decided to give these a try.

Ginger Bees is one of Bayswater’s varieties of green teas. It reminded me, and not entirely in a pleasant way, of honeysuckle bushes. On the first steeping, an overpowering and unavoidable foral wall punched my nose. It’s wild, it’s pungent, it’s like a bully kicking my ass and rubbing my face into a compost of lawn clippings and dead flowers. I could hardly taste the ginger or the green tea as the floral notes have laid the smackdown on every other flavor in the tea. In subsequent steepings, the taste and aroma rapidly diluted.

A Couple of Ideas

After being busy with various real life things, I’m hoping to get back into writing and blogging daily, especially with Script Frenzy coming up next month. As those of you who have followed me for a while know, writing scripts does not come naturally to me. The thing that trips me up the most is the format. It’s not a particularly familiar thing to me, considering the fact that I grew up reading novels, not scripts.

Anyways, about this year’s script. I came up with the title first by basically going to Wikipedia and hitting the “random article” link until I got to a page that wasn’t about some football player. Then I tried brainstorming for ideas. So far, all I have is: 1) The titular pale-eyed blackbird is a MacGuffin, and 2) the main character, a young boy, has been sent to live with his absent-minded aunt while his parents go gallivanting off to remote parts of the world for research. In other words, a drama that happens to have a child as a protagonist and not really a film for children per se.

Other than the set-up, I have nada. Which means I really have only a week to come up with a suitable outline.

I signed up on Steepster after seeing a mention here. Despite having some particular preferences (tea must be hot with no additions), I consider myself a casual tea drinker. And, well, reviewing teas seem like a new and fun thing to do. I’ve already scribbled some notes for my first tea log which means that a review may appear here some time in the near future.

Views From My House

If I ever get jaded about the scenery around this place, please someone slap me. 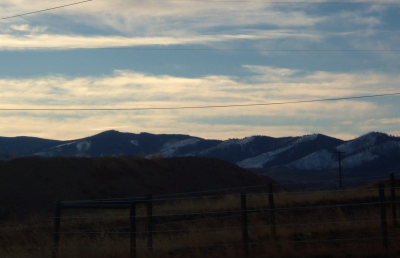 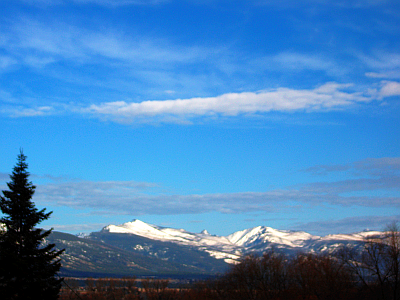