Wood to Stone and Capsaicin-Induced Crankiness

Breakfast was cold cereal at the hotel. Soon after dawn, we headed out. Nothing marred the sky or the road. Two hours later, we turned off the exit for the Petrified Forest National Park.

At the south entrance, don’t mistake the first building you see as the visitor’s center. It’s a tourist trap, selling all sorts of petrified wood imported from elsewhere. We didn’t buy anything, of course. What would be the point of lugging back home a pretty piece of rock that wouldn’t be doing anything but sitting around collecting dust anyway? All we did was ask where the real visitor’s center was–which happened to be further down the road.

There are a lot of rules. You can’t take anything. Can’t touch anything. Stay on the paths only. On the back of the doors in the restroom stalls, there is a warning about keeping on the paths because you’d disturb the soil microbes otherwise. I certainly know the significance of this warning, given what I do, but I wondered if any other visitors to the park would understand or even care.

My sister and I slowly went through the park, systematically hiking every single trail except one (Blue Mesa) because that one was closed for the season. The chilly air was no obstacle. After all, the body warms up if you keep walking. But it was a deterrent to many of the other visitors to the park. It was amusing, and a little sad, to watch them drive up to a point, hop out to take pictures for two or three minutes, and then hop back into their cars to drive to the next sign post. Sometimes, they wouldn’t even get out of their car to take the pictures. They’d just reluctantly roll down the windows, snap a few, roll the windows back up, and go.

At one particular point, while my sister and I stood on a lookout point gazing down into a magnificent canyon as satiny as a peach, a minivan filled with Chinese tourists pulled up and we heard them loudly complaining that it was too cold to get out. Fortunately, they only stopped for a moment and then they were gone. And we had nature to ourselves again. 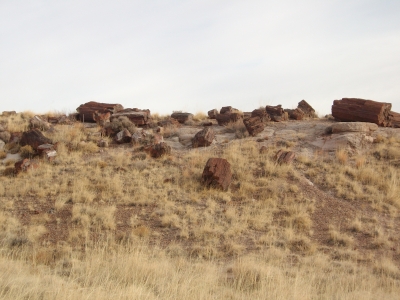 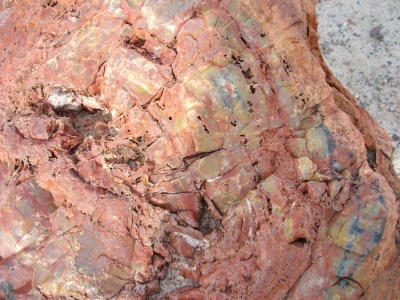 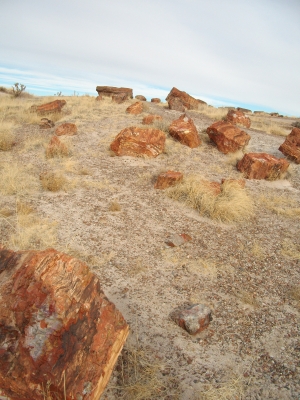 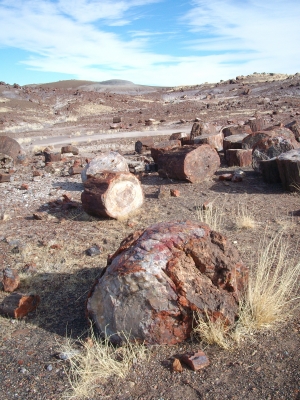 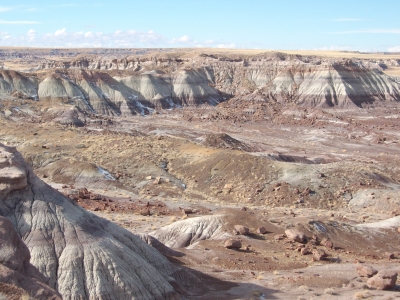 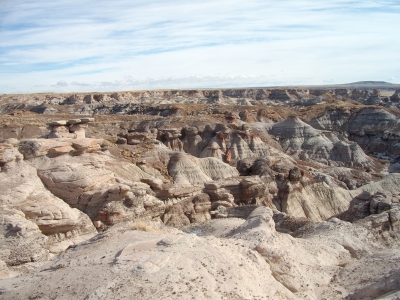 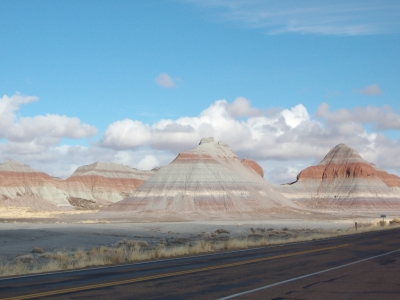 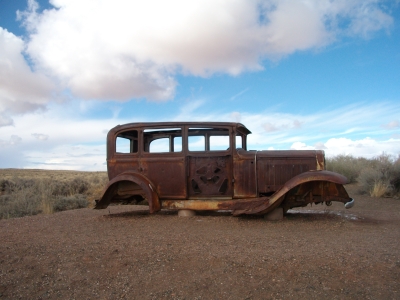 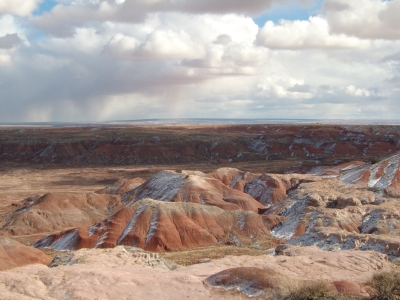 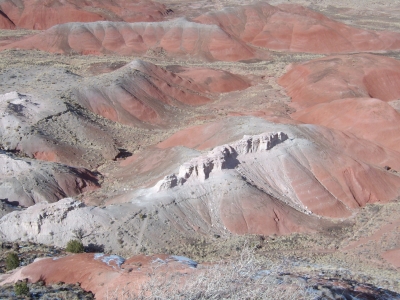 The ravens weren’t afraid of any of the humans in the park. Perhaps they’ve grown accustomed to all the visitors tramping around. One sat at a parking lot, letting a caw ring out every couple of seconds or so. “Maybe they’re like undercover surveillance cameras,” my sister had joked. “Every caw means they’re transmitting information.”

We ate lunch, leftover chicken tikka and saag paneer from the previous night, on cold metal picnic benches in the Painted Desert. Strangely, no animals came to this place for handouts. The picnic area stood cold, shadowy, silent, and lonely. No other visitors ventured here. By the time we finished eating, our fingers were numb. But I thought it was rather glorious. Why should nature cater to us anyway? It goes about its own way.

Our arrival in Albuquerque coincided with rush hour. And the stress began. Drivers weaved the lanes willy-nilly. Entrances and exits sat way too close to each other. Maybe it’s because I’m not used to driving in large cities. Or maybe it’s poor planning on the part of whoever designed interchanges. I’d like to think the latter.

Originally, we had “planned” on going to a restaurant serving Middle Eastern cuisine. (Planned, as in looking up highly ranked restaurants on Urbanspoon at the last minute.) But despite the fact that online, it said it served dinner, it was closed at 6 PM. Which we thought was a bit ridiculous. We resorted to wandering up and down Central Avenue looking for some place to eat and ended up settling on the Korean BBQ House. It was okay. I was mostly annoyed because the squid I ordered was dripping in spicy sauce. On the actual menu we were given in the restaurant, there had been no mention of spicy sauce. So for anyone thinking about this place, take heed of the online menu as that appears to be more accurate. I’m afraid my sister had to endure my ranting through dinner. 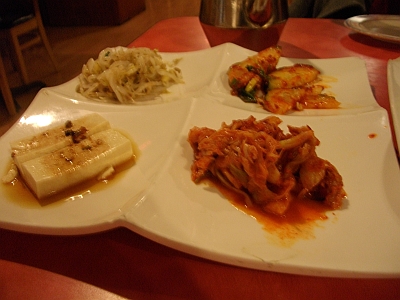 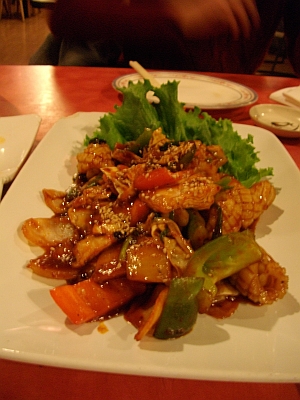 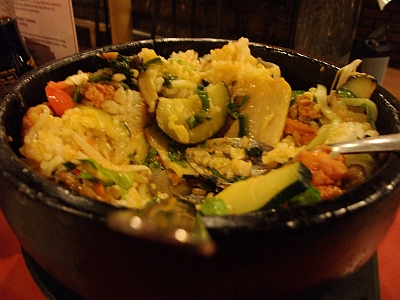 I think the combination of the stress of navigating Albuquerque rush hour, the disappointment of not being able to eat at our first choice restaurant, and a dish turning out not to be what I expected made me snap. At that precise moment in time, I was very unhappy. Of course, now looking back on it, it really was a minor bit of unhappiness compared to other things. And if you’re going on a road trip blind, so to speak, you have to be prepared for disappointment as well as delight.

However, the night wasn’t all lost. For dessert, we had some deliciously colorful drinks from the Boba Tea Company. 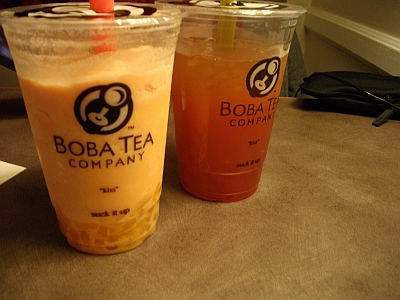 One Comment to “Wood to Stone and Capsaicin-Induced Crankiness”