Postcard #19 – Well, It’s Obvious Where This One Is From

For those of you geographically challenged or too lazy to look it up on Google Maps, Cambridge, Ontario is approximately a one hour drive southwest of Toronto. I’ve never been to Cambridge, but I have been to Mississauga which is a city between Cambridge and Toronto. Why the heck was I in Mississauga? Well, I have relatives living there.

I spent part of my formative years in Ontario (although if you’ve read enough of my writing, you’ll notice right away that I don’t use Canadian spelling–American schools don’t tolerate any of that). I had a happy time living there, but I must admit, if the opportunity arose so that I could move back there, I would hesitate. I think it’s due to a mix of the weather (I am not fond of going out during the winter) and that East Coast vibe that makes me acutely aware that I just don’t fit in. If it was on the west coast of Canada though–no hesitation. 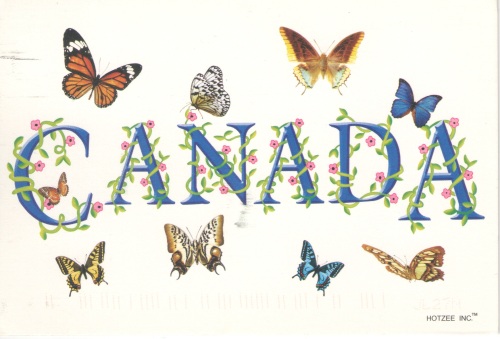